As we saw with Io, Zeus (Jupiter) has a penchant for the ladies; in the case of Io, this resulted in her transformation into a female cow. Though Zeus eventually made right by her, elevating her to the status of queen of Egypt, she still had to suffer being chased across Europe by a gadfly. While her descendant, Europa (for whom the continent is named), didn’t have to undergo a metamorphosis, she did receive Zeus in bovine form: he came to her, and abducted her, as a white bull.

The theme of Europa and Zeus the bull can be traced back artistically to the 8the century BCE; it appears in Homer’s Iliad, his tale of the Trojan War. Ceramics and stonework depictions of Europa and the bull appear around the same time, and iconic paintings would flourish through the Renaissance. 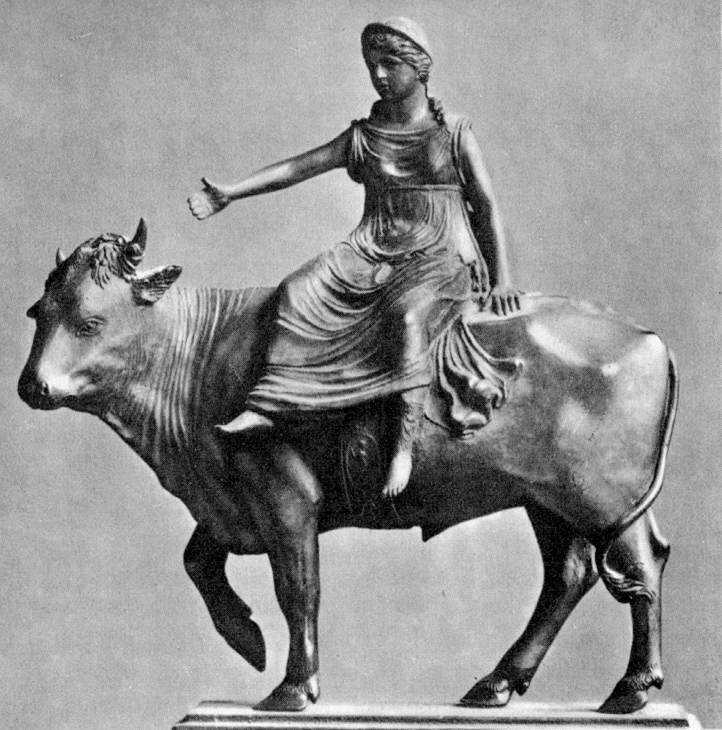 So where did Zeus take Europa? He had already made her progenitor the queen of Egypt…where would Europa end up, and where would her story take her?

The answer is the Minoan island of Crete. That is the place Zeus left her. Here, she would reign queen. However, her love of the white bull would haunt her son, King Minos, and would lead to many a story, from the Minotaur in the labyrinth, to the tragically flawed escape plans of Daedalus, the architect, and Icarus, his untrained son.

Now, what of the Jovian moon Europa?

Not drops, not mist, not creeks.

All under a layer of ice, but still heated…

And where there’s water, and heat,

And even if there isn’t life there just yet, it might be the kind of place we humans can inhabit. 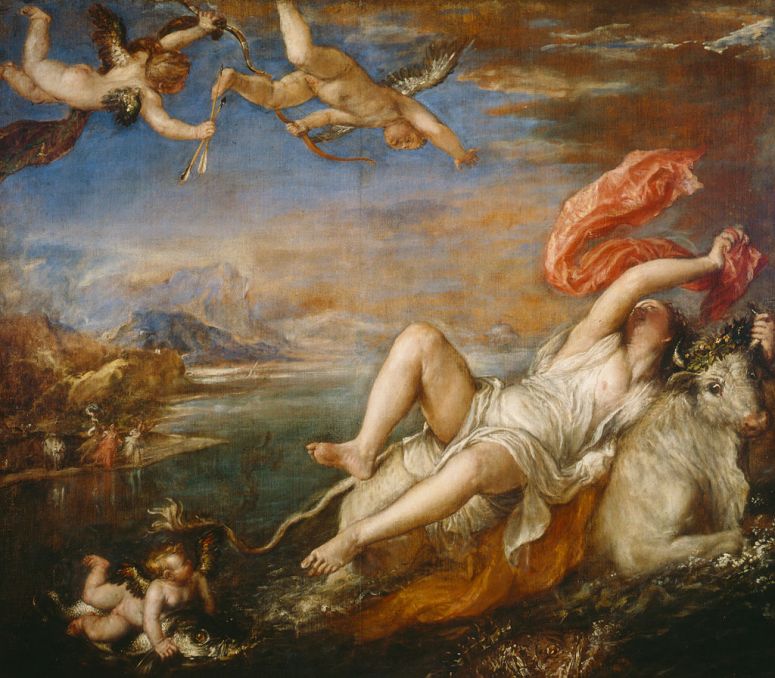 Image: The Rape of Europa, Titian

Until next week, keep looking up.

One thought on “Myths of the Moons: Europa, White Bulls, and E.T.s (Jupiter)”