Rhea, the mother of the Olympians, and the sister-wife of Saturn (Cronos) is a relatively underdeveloped character in Greco-Roman mythology. She definitely plays an important role in saving her children from their all devouring father, but her personal story is neglected; the fragments of her mythos are slim, and the story of Rhea is lost, unlike the stories of her children.

So let’s look at her children: Hestia, Hades, Demeter, Poseidon, Hera, and Zeus. Hestia is the goddess of home and hearth; if you want to tidy the place up, light a votive for Hestia. On the flip-side, if you plan on making a sojourn to the underworld, bring an appeasement for Hades, who rules the nether spaces.

However, don’t bring him and his sister, Demeter into the same room. He abducted her daughter, and she’s still pissed off. It’s Demeter’s rage and sadness that brings the Winter cold, and the death of the crops every year.

Poseidon  is an equally angry fellow; ask Odysseus, who he tormented for ten long years on his raging seas. Actually, forget Odysseus, because at least he got laid during his misadventures. It was his wife, Penelope, that truly got the brunt of Poseidon’s rage; she spent 10 years fending off unwelcome suitors, weaving and unweaving the story of her life.

Hera, sister-wife to Zeus, can be as unpleasant as Poseidon. However, given Zeus’ lascivious nature, this is understandable. As we’ve seen in previous posts, there is no end to the means that Zeus will take to molest mortal/immortal women, and to protect his progeny: the Milky Way was the result of Zeus trying to get Hera to breastfeed Hercules so he might gain immortality. On discovering the rouse, she withdrew her breast; the milk that splattered out formed our galaxy, hence the name, the Milky Way.

And that leaves us with the sixth of Rhea’s children, the storm god Zeus. Her brother/consort Cronos/Saturn had been prophetically forewarned that one of his children would overthrow him. Therefore, he decided to eat them. Down his gullet went Hestia, Hades, Demeter, Poseidon, and Hera, all swallowed into his cavernous belly. However, Rhea was determined to save the infant Zeus, and her mother, Gaia, the Earth, had a plan.

Rhea offered Cronos what appeared to be a baby wrapped in swaddling; he promptly devoured it. Unbeknownst to Cronos was that it wasn’t a blanketed child, but rather, a stone. Once Zeus grew to adulthood, he liberated his brothers and sisters. The war that surrounded this event is known as the Titanomachy; it ended with many of the Titans banished to Tartarus, the Greek place of unending torture. 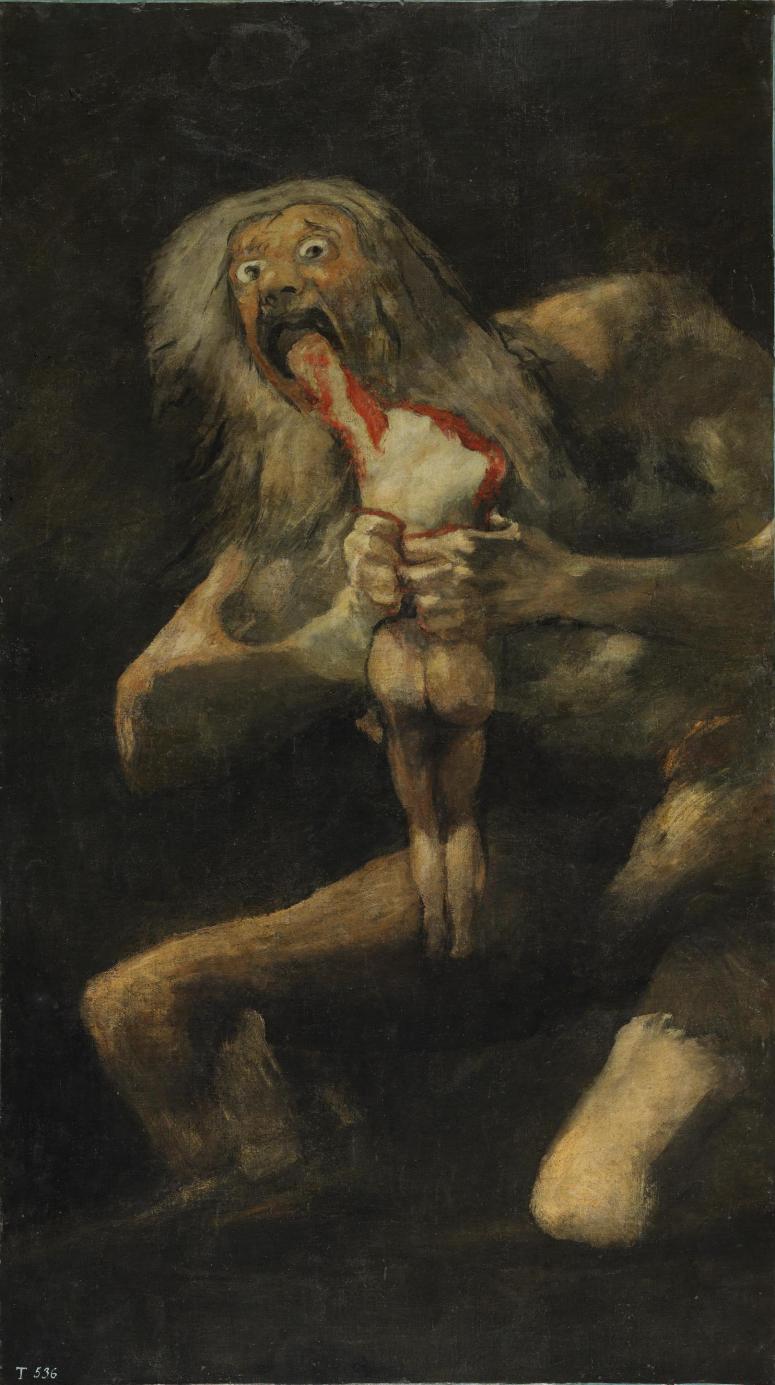 So what of the moon?

Like Dione, Rhea is an icy body. Discovered by Giovanni Domenico Cassini in 1672, this large satellite (the 9th largest in the solar system) is basically a very, very, large chunk of ice, big enough that it might even have its own ring system, much like the planet Saturn that it orbits.

Could it support life?

We’ll know when we get there.

In the meantime, keep looking up, because there are worlds out there.