The following tale comes from the Prose Edda, an early 13th century Icelandic mythological work written by a man whose name is equally epic: Snorri Sturluson.

As the story begins, Thor, Loki and two of Thor’s indentured child servants, Þjálfi and Röskva, are travelling East into the land of the giants, Jötunheimr (Jötnar meaning giant/anti-god – think Asuras from Hinduism, or the Titans from Greek mythos). They end up wandering through the woods at night, but eventually find shelter in what they believed to be a giant building.

Finding a side room, they attempted to sleep, but their rest was disrupted by violent tremors that continued through the night. When light finally broke, they realized that they weren’t in a building at all; they had spent the night in the glove of the Giant Skrýmir, whose snores they mistook for earthquakes.

Skrýmir offered to accompany them on their journey through the forest, but managed to raise Thor’s ire by keeping the group’s food bound up in a magical sack which even the Storm God couldn’t open.

Late at night, Thor grabbed his hammer, and attempted to smash Skrýmir’s skull in.

The Giant slept through the first blow, mumbling in his sleep that an acorn hit his head. With the next blow, he murmured that maybe it was a falling branch from the tree above. With the final blow, he woke up, and looked down at the group of four.

Skrýmir rather humorously chastised them, warning them that their next destination would be the castle of the Giant Útgarða-Loki, and that if they were planning on trying any funny stuff with him, they should just turn around and go home now.

With that, he grabbed his sack (with their food, no less), and stomped off into the forest.

The next day, they came across an enormously tall castle. Unable to open the main gate, they squeezed through the bars, and made their way to the main hall. Here they found  Útgarða-Loki holding court with his troop of Giants.

Útgarða-Loki told them that visitors were only welcome if they participated in competitions, though they were free to play any game of their choosing. Loki went first, stating he could out eat anyone.

His competition was the fire Giant, Logi. A trough of meat was brought out, with the two contestants seated at either end. To Loki’s shock, by the time he had eaten his half of the meat, Logi had not only consumed his own portion, but had eaten the bones of the animals and half of the wooden trough as well.

Þjálfi’s competition was a diminutive creature named Hugi. They ran three races, each one tighter, but in the end, Þjálfi lost all three (during the first race, Hugi added insult to injury by running back from the finish line to meet the significantly slower Þjálfi).

Finally, Thor took a turn. He agreed to a drinking contest. A drinking horn was brought out, with Útgarða-Loki pointing out that most Giants would empty it in a single gulp.

Thor took three huge gulps, at the end of which the drinking horn was still nearly full.

Undeterred, Thor agreed to the challenge of lifting Útgarða-Loki’s cat;  all he could do was raise its paw.

Finally in desperation, Thor challenged anyone in the hall to wrestle him.

The Giant warriors laughed at this, given that Thor couldn’t even lift the cat. However, Útgarða-Loki rebuked them, and summoned Thor’s competition: his frail, old grandmother, named Elli.

In line with the comedic thrust of this tale, Elli kicked Thor’s ass; the harder he struggled, the more ground she gained.

After resoundingly humiliating the travelers, Útgarða-Loki let them spend the night, and treated them hospitably.

The next day, the Giant invited his guests to more food and drink before they departed. He casually asked Thor how he thought he had done in the contests; Thor admitted that he was ashamed, and worried about his reputation.

At this point, Útgarða-Loki admitted the truth: he was, in fact, the Giant Skrýmir, and if he had known who he was dealing with, he would never have allowed them in his keep.

He had avoided all three of Thor’s attempts to bash his skull in by rapidly putting hills in the way of the hammer. He told Thor that even one blow from his hammer would have been lethal.

He had also rigged the games: Loki hadn’t been competing with the Logi the fire Giant, but with Fire itself (Logi is Old Norse for flame). Likewise, Hugi is the Old Norse word for thought, something which Þjálfi could never outrace. The drinking horn that Thor drank from was connected to the ocean, and his three gulps had disturbed the seas so much that we can still see the effects to this very day: we call them tides.

The cat that Thor couldn’t lift was actually Jörmungandr, the World Serpent, and Thor merely raising its paw was an act of cosmically disruptive proportions.

And finally, there was, Elli, the frail nurse who bested Thor; Elli, whose name is literally Old Norse for old age.

So there you have it; no one out consumes fire, no one moves faster than thought, and no one out maneuvers old age.

Útgarða-Loki/Skrýmir concluded that it would be in everyone’s best interest if the two parties never crossed paths again.

Now, at this moment, you or I might have gone merrily on our way, happy to still be alive. But then, we’re not Thor.

So what did Thor do?

He swung his hammer at Útgarða-Loki, who in predictable fashion, vanished into thin air, taking his castle with him.

What’s the take away?

The Vikings are often misrepresented as being all about raping and pillaging, but stories like this one show a different side to their culture, one that is truer to who they were as a people.

The fact that the jokes are at the expense of the Æsir, the Norse Gods, is insightful, and compared to many of the other, more serious world mythologies, refreshing.

In addition, the narrative also works as a meditation on aging, thought and dissolution, all wrapped up in a story about Thor and Loki getting punk’d by a Giant, underscores the following point:

The Vikings didn’t take themselves too seriously.

That’s a lesson that the world needs now, more than ever.

(I’m thinking the Super Best Friends Club from South Park, but that’s enough blasphemy for one post, I swear by Thor’s Hammer, Mjolnir) 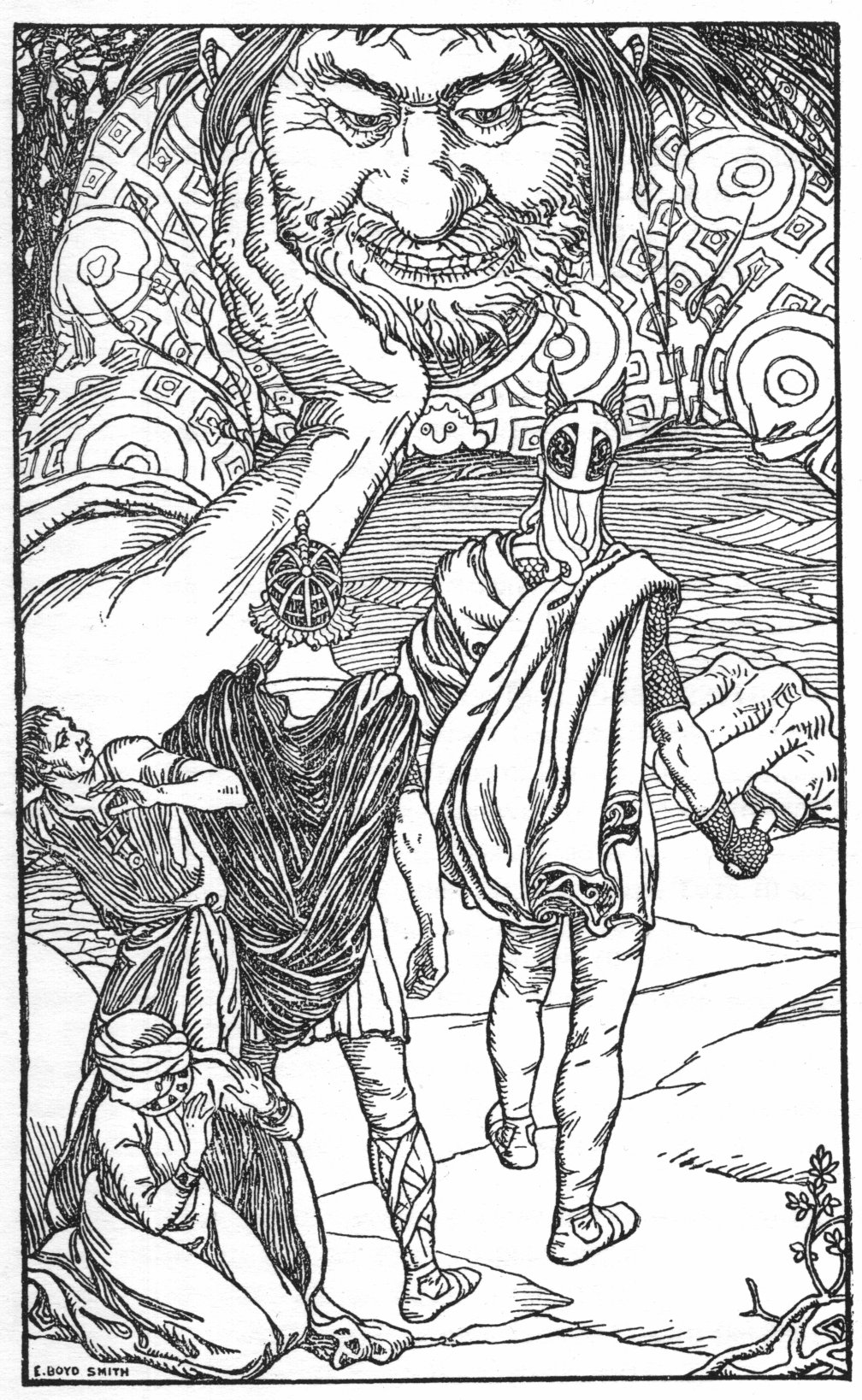