I had a chance to run trivia one night at our local beloved watering hole, which meant choosing categories and coming up with questions. This was one of my categories: “the Devil made me do it”. Within that section, the first question had to do with Robert Johnson, who purportedly sold his soul to the Devil for musical virtuosity.

So how does one go about selling their soul?

About that time,…, Johnson met the devil at the crossroads at midnight and handed him his guitar. When the devil handed it back, Johnson told them, he could play anything he wanted.

The thing is, this quote isn’t about Robert Johnson.

It’s about Tommy Johnson, who was fifteen years senior to Robert Johnson.

If you’re familiar with the movie O Brother, Where Art Thou?, you’ve come across a fictionalization of Tommy Johnson, named…Tommy Johnson. Remember I am a Man of Constant Sorrows? Yep, that’s (movie) Tommy Johnson and the Soggy Bottom Boys, wandering through the Deep South of Ancient Homer (the movie being a loving homage to Homer’s Greek Epic, Odyssey).

We first meet Tommy Johnson at the crossroads; he explains to the three central characters that he had been there since the previous midnight, when he sold his soul to the Devil…

This notion of selling one’s soul to the Devil at the crossroads is not a uniquely American myth. It has roots in multiple traditions; Hekate, the triple headed goddess of magic and the spirit realm is said to preside over the crossroads, where sacrifices of puppies (dogs being Her sacred animals) were made to appease Her, or to invoke her preternatural powers. Among the Fon tribes of Western Africa, the God of the crossroads is Papa Legba, who appears as an black old man on a crutch or with a cane, wearing a broad brimmed straw hat and smoking a pipe, or sparkling water, often times with his familiar animal: like Hecate, dogs are sacred to him. 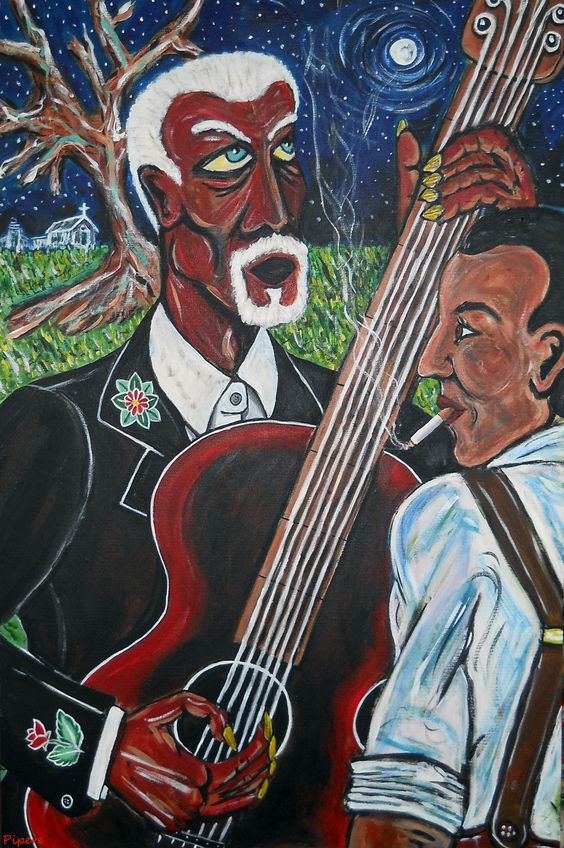 Gods move, and they change. Certainly, Papa Legba, who like Hecate, was a guardian of the spaces between the living and the dead, found some commonalities with the Christian Devil. Likewise, the Greek Hecate took on a different shades of meaning when She moved to Italy: Her Roman equivalent is the Goddess Trivia.

Why Trivia? Because Tri (Three) Via (Ways) refers to the crossroads; the place where three roads meet. Also, the place to make sacrifices to the Goddess, who like Hekate, could bestow sacred gifts.

In the post-Christian Roman world, Trivia lost her position as a deity, and Her name simply pointed to a physical location: the crossroads, a place for mingling, a place for the common people. This, in time, turned into the idea of “commonplace”. Over the years, it came to mean unimportant, leading to the game we know as trivia.

So, is there a reason that I’m sharing any of these Trivial facts?

Well, if the truth be told –

the Devil made me do it… 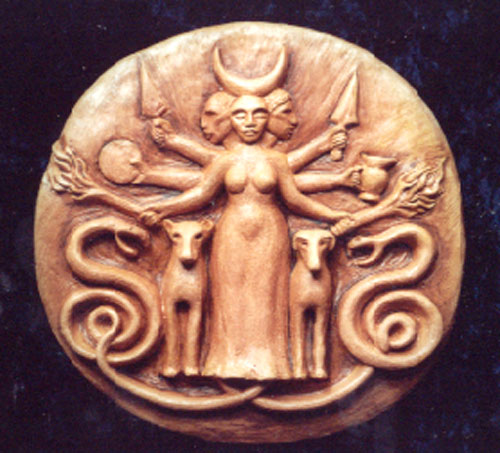 2 thoughts on “Trivia and the Devil’s Blues”