Brian May is one of the most versatile men in the history of rock’n’roll, not to mention astrophysics. But beyond that, he loves 3-D…very old 3-D.

Once upon a time, there was a magical band called Queen. Bohemian Rhapsody Queen. A band so great that Vanilla Ice made an entire career out of sampling one of their less known songs; a group of musicians who rocked us when we were nerds (and yes, we’re still planning our revenge).

And then came the tragedy; singer Freddy Mercury died of AIDS.

So, what’s one of the world greatest guitarists to do?

In 2007, Brian May, former Queen guitarist, received his PhD. in Astrophysics from Imperial College in London. So what’s one to do next?

The answer: explore the ancient art of 3D.

Remember the old red and blue glasses from the late fifties? That was nothing new. Stereoscopic art goes back to the birth of photography, because creating 3D only requires – scratch that – two things:

Our eyes are de-facto cameras, or better put, cameras are de-facto eyes, roughly 50-70 millimeters apart. Any two pictures of the same image, shot at somewhere between those distances, will create a 3D effect as long as each eye only receives one of the images.

This can be done with cardboard.

The variability of the distance, known as intra-ocular distance (I.O.D.), is why roughly 10% of the population gets headaches watching 3D films.

For the rest of us, we get to enjoy Avatar.

This understanding of how our brains process information is not new, and therefore, it shouldn’t come as a surprise that people started taking 3D pictures a long, long time ago.

Leave it up to Brian May, guitarist, songwriter, vocalist, astrophysicist and committed animal rights supporter, to start unearthing these lost relics.

While his first coauthored book, Bang! The Complete History of the Universe reflected his affinity for all things cosmological, it was his second book, A Village Lost and Found, that allowed May to indulge his love for 3D stereoscopy; this book contained a viewer that May designed himself. In 2012, he was awarded the Saxby Medal from the The Royal Photographic Society for achievement in 3D imaging for his work on the project.

So what turned Brian May onto 3D?

Specifically, the Devil in 3D. 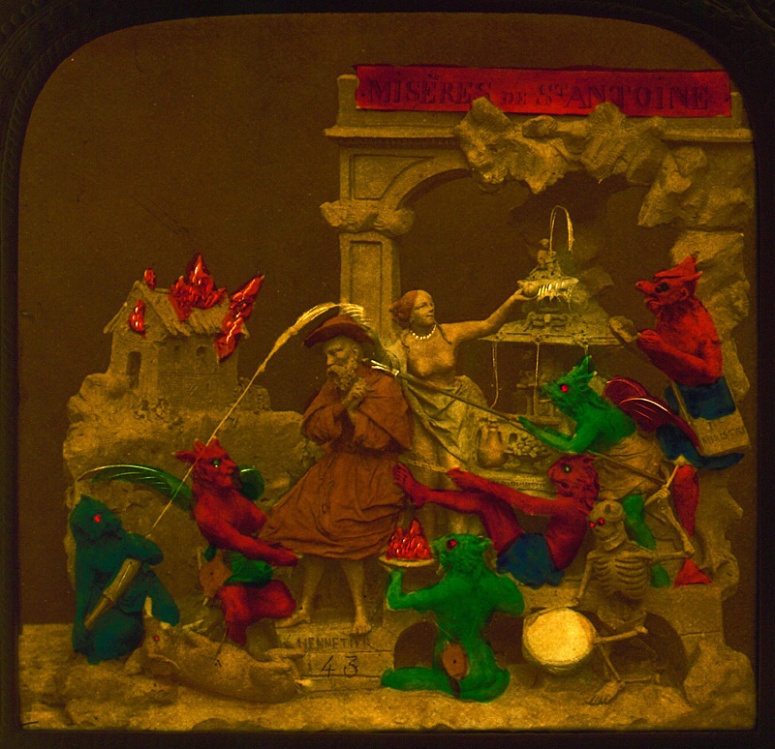 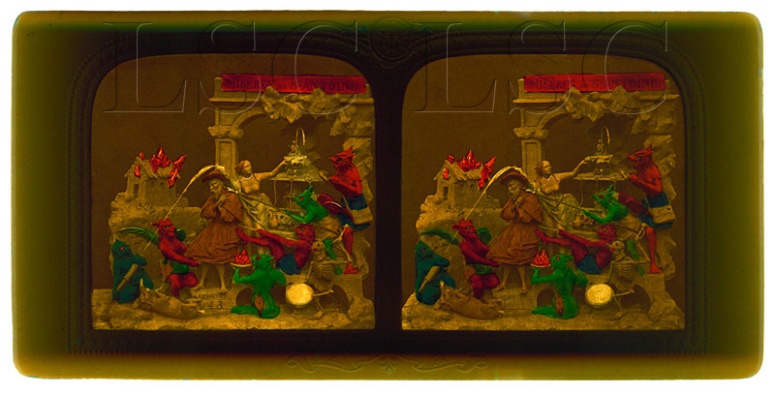 Leave it to the French.

To quote from the sleeve of May’s coauthored book, Diableries: Stereoscopic Adventures In Hell,

In France, around 1860, from the loins of a traditional national fascination with all things diabolical, was born a new sensation – a series of visionary dioramas depicting life in a strange parallel universe called ENFER – Hell – communicated to an eager audience by means of stereoscopic cards, to be viewed in the stereoscopes which had already become popular in the 1850s.

May came across his first Diablerie in 1973. Nearly a half century later, his obsession bore fruit: Diableries: Stereoscopic Adventures in Hell by Brian May, Denis Pellerin and Paula Fleming  remains the most complete collection of all things demonic, all in 3D, all from the 1860s.

So take your 2D devils and go home; thanks to Brian May, I can gaze on the Infernal anytime I want… 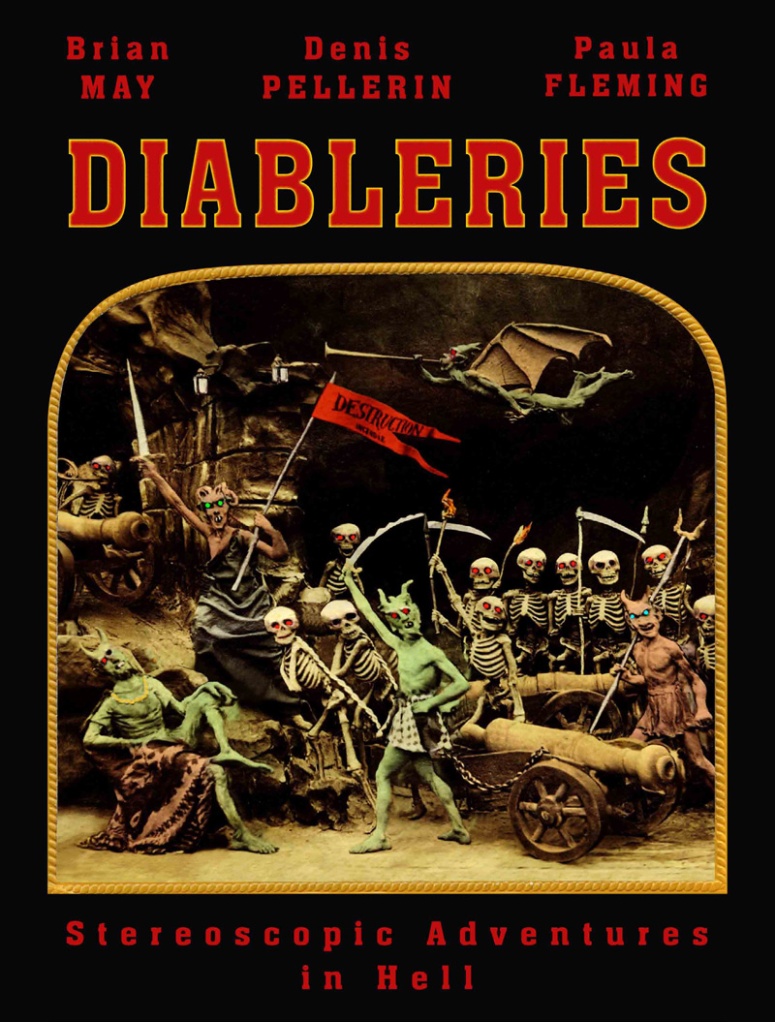 For more on this, including May’s band Queen in 3D, visit http://www.londonstereo.com